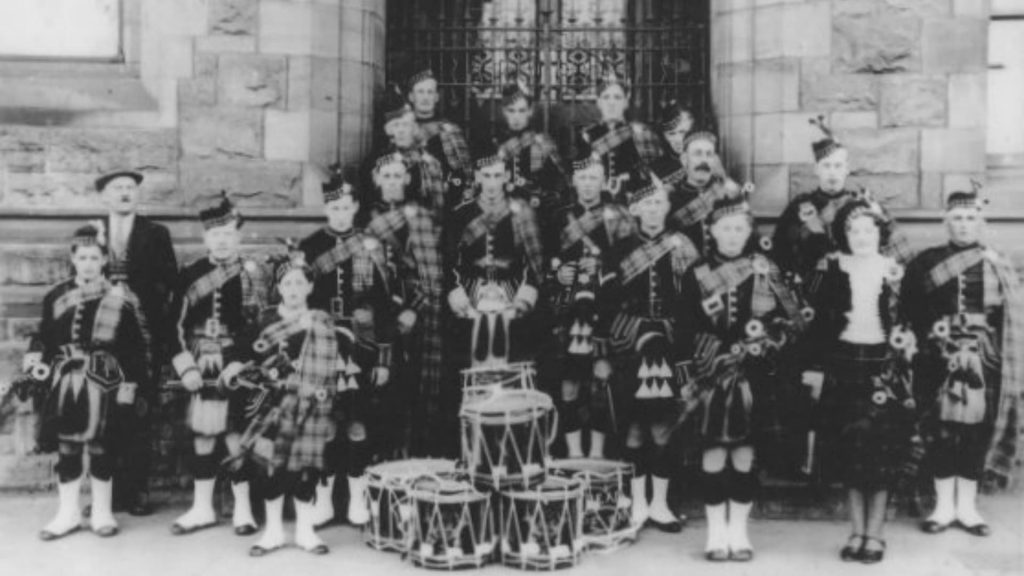 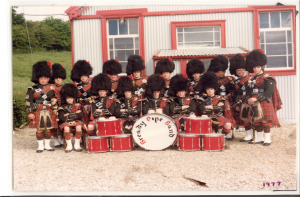 There are records from the 1850s of a flute band from Bready leading the local lodge at Twelfth demonstrations. In the years after the Great War of 1914-18 many veterans recalled the effect that pipers had on morale in the Scottish and Irish regiments. In 1929 local people formed a pipe band in Bready. Using second-hand pipes and drums the band attended its first Twelfth in July of that year with Willie Doherty as pipe major. Willie Doherty led the pipe band until the early 1960s, taking time out to serve in World War II. His successor was Leslie Campbell whose involvement with the band began in 1942 when he was aged fourteen. Bill Walker took over as pipe major in the late 1970s. The band started competing in competitions in 1977. In 1979 the band was second in the All-Ireland Championships, and in 1981, 1983 and 1984 it was Northwest Champions. In 1982 Bertie Campbell took over as pipe major and in 2000 he was succeeded by his son Robert. The band was upgraded to Grade 3 in 1989 and achieved many successful competition results including:

The Drum core has been Ulster Champions several times, British champions three times and All-Ireland Champions in 2002. Bready Pipe band was renamed Bready Ulster Scots Pipe Band in 2004. Greame Stenhouse – Governor of the Apprentice Boys of Derry is the Honorary President of the band.

In 1999, Bready Ulster Scots Junior Pipe Band was formed to prepare young members for entry into the senior band. Their greatest achievement was 4th place in the British Championships in their debut season in Novice Juvenile Grade.

The Bready Ulster-Scots Pipe Band is still going strong today under the direction of Pipe Major Darren Milligan & Drum Sgt. Richard Campbell. Whilst performing at pipe band competitions the band also takes part in various local events including The Walled City Tattoo, with members also playing at Tattoo across the world including Moscow and New Delhi.

The band is always looking for new members, with free tuition in both piping and drumming available to anyone interested!

The band practices in the Sollus Centre, Bready every Tuesday night, and we welcome visitors and all those interested in joining the band.

For more info and to get information on how to join the band please contact us on our Facebook page. 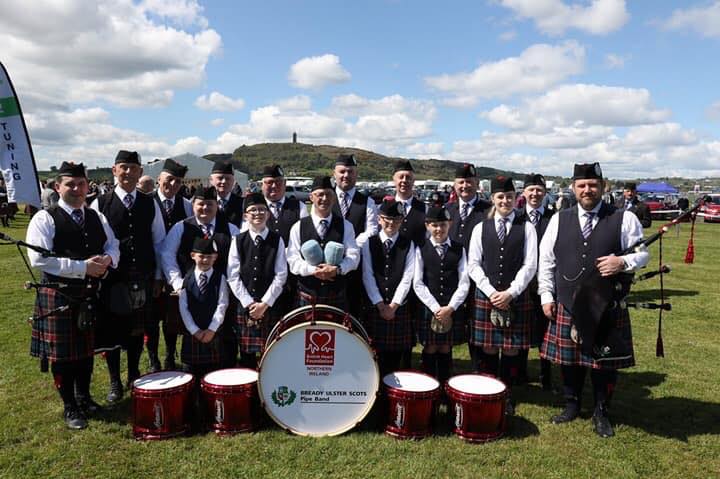 Bready Ulster-Scots Pipe Band are proud to display the logo of the British Heart Foundation on our bass drum in memory of piper Andrew Duncan who worked tirelessly to heighten the awareness and need for organ donations.

“Andrew was a very talented piper and much-loved member of the band and we feel we owe it to his memory to stand up and support the excellent work of the British Heart Foundation, especially since it was an organization so close to Andrew.” 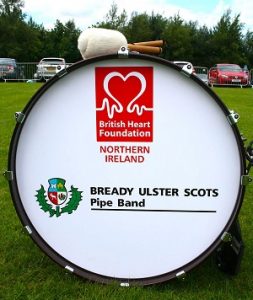 The band is always looking for new members, with free tuition in both piping and drumming available to anyone interested!

OUR PARTNERS AND FUNDERS

We use cookies on our website to give you the most relevant experience by remembering your preferences and repeat visits. By clicking “Accept”, you consent to the use of ALL the cookies.
Cookie settingsACCEPT
Manage consent

This website uses cookies to improve your experience while you navigate through the website. Out of these, the cookies that are categorized as necessary are stored on your browser as they are essential for the working of basic functionalities of the website. We also use third-party cookies that help us analyze and understand how you use this website. These cookies will be stored in your browser only with your consent. You also have the option to opt-out of these cookies. But opting out of some of these cookies may affect your browsing experience.
Necessary Always Enabled
Necessary cookies are absolutely essential for the website to function properly. These cookies ensure basic functionalities and security features of the website, anonymously.
Functional
Functional cookies help to perform certain functionalities like sharing the content of the website on social media platforms, collect feedbacks, and other third-party features.
Performance
Performance cookies are used to understand and analyze the key performance indexes of the website which helps in delivering a better user experience for the visitors.
Analytics
Analytical cookies are used to understand how visitors interact with the website. These cookies help provide information on metrics the number of visitors, bounce rate, traffic source, etc.
Advertisement
Advertisement cookies are used to provide visitors with relevant ads and marketing campaigns. These cookies track visitors across websites and collect information to provide customized ads.
Others
Other uncategorized cookies are those that are being analyzed and have not been classified into a category as yet.
SAVE & ACCEPT